Rush Limbaugh just announced a new product: Two If By Tea.  Click the link to get to the web site.  The motto is “From Tea To Shining Tea”.  He’s got 2 flavors.  Regular and Raspberry.  Each available in regular and diet version.  One 12 pack case costs $23.76.  Free shipping. 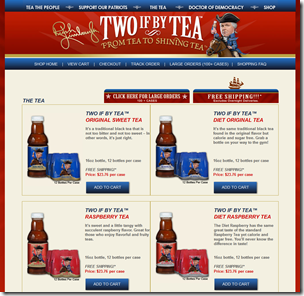 This is just an online, public bug report about bugs in Quicken 2010. I’m hoping that publishing them will quicken (pardon the pun) Intuit into fixing them.