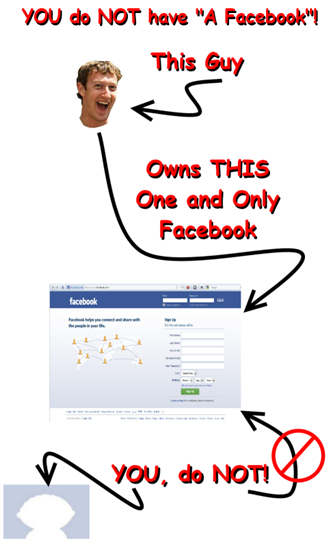 If you tell me you have “A Facebook”. I’m going to ask you:
• Oh yah? Cool! What’s the domain name?
• Does it have better security than the original facebook?
• Do Zuckerberg’s lawyers know you’ve named yours the same thing?
• How many people have created accounts on YOUR Facebook?
• What server platform are you running it on?
• What development platform did you create it on? PHP, .Net…?
• How many servers are you using?
• How do you advertize it?
• how are you monetizing it?

One Reply to “Rant: You do NOT have “A Facebook”!”