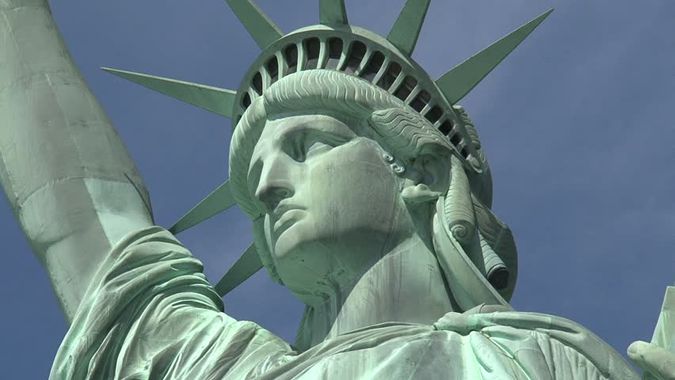 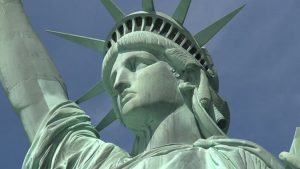 The Decentralized Web 3.0 will bring you the following benefits:

Here’s how, but first a short history…

introduced the world to the idea of everyone being a publisher.  Unfortunately, there was no security designed into the architecture and it was mostly static and difficult to have interaction.

was a more structured way of creating websites, with more user friendly user interfaces and lots of interactive content, in addition to improved security models.

But something went wrong.

Something went HORRIBLY wrong!  As individuals started becoming effective communicators across geographical and political boundaries, they started being silenced for multiple reasons… sometimes by anti-competitive companies with deep pockets, but usually political reasons by tyrannical regimes in back-assword countries, then in first world countries, by corporations (Twitter, Facebook, Google, Amazon, Instagram, etc…) and so-called “educational” institutions, and in some cases, even first world governments, themselves.

Anti free speech campaigns began successfully shutting out an entire class of voices via social media outrage mobs demanding voices they didn’t like be silenced and for some reason, the big social media companies complied and shut them down by shadow banning, removing them from search, suspending their accounts, or deleting their accounts altogether, frequently with no warning and no explanation.

Then they went after their income.

YouTube began demonetizing video creators.  PayPal began killing users’ PayPal accounts.  It even spread out to the real world.  Credit card companies began shutting down people’s accounts and even BANKS started deleting their OWN CUSTOMERS!  All for political ideological reasons!

They rewound the freedom clock back to the early 90s, and in some cases, back 100 years or more.

Decentralized services were already being created before “the purge” started, but decentralization started to accelerate because of this.  The FIRST popular decentralized service to hit the scene was #BitCoin, which is a fully decentralized, global currency.  What makes it so powerful is that there’s no central point of failure, and more importantly… no central point of attack.  It’s a BRILLIANT system that prevents double-spending, prevents counterfeiting, and gives control of assets back to the people.  Governments CANNOT control it!  It first rolled out in 2008 and has grown exponentially since then.  It’s been so successful, than many millionaires have been made because of it and thousands of other cryptocurrencies have been created.

The technology behind it can be used for so much more than JUST money.  In fact, all the strangle-points (or censor-points) of the current (or “legacy”) internet can be censorship resistant using the same or similar decentralized technology that BitCoin uses:

is the Domain Name System that allows you to type in human readable names into your browser like https://BitCoin.org or other sites you’re familiar with.  The reason this works is because your browser takes the name you enter into your browser’s address bar and looks it up in a publicly distributed database to find the actual IP address of the computer you’re really wanting to connect to.  Even though the database is decentralized, there’s a centralized authority that authorizes the names AND they are beholden to governments, so when a government demands control of your domain name, then you lose your domain name and all your visitors and paying customers, and there’s nothing you can do about it.  Domain name registrars can also take your domain names away, and this has been happening due to political reasons.

There are now several decentralized DNS replacements.  One of which is https://NameCoin.org  This is an open source project designed to have NO central authority.  It’s controlled by a blockchain (the technology that drives BitCoin).  In fact, it’s copied directly from Bitcoin, using BitCoin’s source code.  When you register a domain name on THIS system, you do it with a cryptocurrency called NameCoin.  Once registered, you own the domain name like you own your cryptocurrency.  It CANNOT be taken from you.  For now, there’s a problem in that current (legacy) browsers are unaware of this technology and so those names can’t be used with regular browsers unless you install plugins for them.

Another weak point for censorship on the legacy 2.0 web is web hosting.  The way it works is you rent space and CPU capacity on someone else’s servers to host your websites.  If the hoster doesn’t like your politics, you’re GONE!  This has been happening at an accelerating pace.

The solution is decentralized file storage.  One of the most popular at the moment is https://IPFS.io which is a fully decentralized file distribtution system.  IPFS stands for InterPlanetary File System.  The genius behind this is that you don’t request content via a URL with a domain name and a path and file name.  Instead, you request it from the decentralized IPFS network via the HASH of the file you want.  (A “hash” is a mathematically generated number based on the CONTENTS of a file.  IPFS hashes are unique for every file).  If you’re a web publisher, you publish your files to the IPFS network.  Users can request your files (like website HTML pages) via the unique HASH of your file.  The IPFS network goes into action, looking for any node that has that file, and if found ANYWHERE on the network, delivers it to the user.  As a file is requested more often, it starts to spread across the globe, becoming more and more decentralized and faster to load.

Decentralized DNS systems, like NameCoin can be configured to return an IPFS file.

Your EMail will radically change too.  From your usage point of view, it will still look and feel similar to what you’re using now, but it’ll have the following, drastically different and improved features:

Your data will be stored, fully encrypted on your end, across multiple, replicated hosts (or locally only on your hardware), readable ONLY by YOU!

Decentralized Resources in the making (or already made):

The list keeps growing and is far far bigger than this list.  Check out all the decentralized apps on https://Blockstack.org as plenty of examples.